Our beloved founder, Captain Charles S. Schaeffer was born on November 16, 1830 in Germantown, Pennsylvania of Christian parents, John and Sarah Schaeffer, who were of Dutch and German descent. The home atmosphere was said to be sunny and sweet. Family worship was strictly observed, and the children were brought up in “the nurture and admonition of the LORD”.

Captain Schaeffer was an “average child, intelligent, thoughtful, and affectionate, but not well educated.” Among his papers after his death was found a certificate from the principal of the grammar school which he last attended commending him for faithfulness in study and excellent scholarship. He subsequently took a business course in Crtittenden’s Commercial College, where he graduated with distinction and received a diploma. 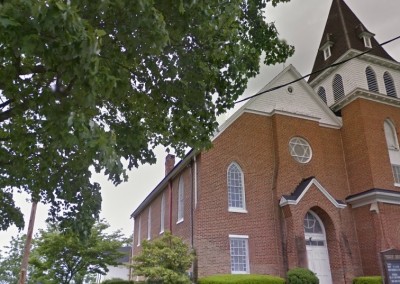 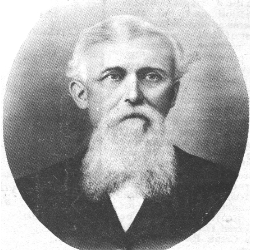 Charles entered into a brief business enterprise which was not successful financially. He accepted CHRIST as his personal Savior when he was 19 years old. Soon after his conversion, he became interested in religious work among the colored people at Philadelphia. Captain Schaeffer commanded a company in the federal Army in the war of 1861-65. At its close he was sent to this place to take charge of the Freedmen’s Bureau. This organization and its workings were very distasteful to the white people of the South having been defeated in the war. But Capt. Schaeffer went to it in a modest and gentlemanly manner, with his whole soul absorbed in the noble object of the elevation of the race. He took a position that very few people would have been willing to assume under the existing circumstances and state of feeling between the North and the South, and between black and white people. His work became more and more spiritual, his character and the object of his life better understood by the people.

As Divine Providence would direct, Captain Schaeffer was able to secure a tract of land on the summit of the mount where the VFW(Veterans of Foreign Wars) building is now located. Captain Schaeffer called it “Zion Hill”. Here he erected a small but good stone building, known as the “parsonage”. Our church and school building was put near this structure in 1867, chiefly at his expense. It was jointly used by the “colored” Baptists for a meeting house and for school purposes. It was a substantial frame structure and cost fourteen hundred dollars. In 1869 an addition was built to it which cost one thousand dollars. Captain Schaeffer served as the general supervisor and administrator.

Meanwhile, the church did not have a pastor, so on February 15, 1869, GOD answered Capt. Schaeffer’s prayers and Brother Richard Taylor, who had been a licensed Methodist Minister. On May9, 1869, Capt. Schaeffer was licensed was by his home church in Philadelphia and was set apart for the work of the gospel ministry, as a Missionary. This act carried with it a special authorization and blessing to administer ordinances and perform such other functions as belong to an ordained minister. On December 27th, of the same year, he returned to his home church, the Tenth Baptist, to be ordained.

In connection with other pressing duties, Rev. Schaeffer began to preach the gospel regularly and crowds witnessed his ministry. At these meeting many awakenings occurred and conversions were numerous. It was thus observed that in the nine months following his ordination he had been instrumental in gathering and organizing three new churches. To these, and the three previously organized, over two hundred members were added by baptism. Rev. Schaeffer became the corresponding Secretary of the Valley Baptist Association, a recognized and duly established body which our church joined in 1868, and he served faithfully in that capacity for many years.

Rev. Schaeffer and Miss Smart were united in holy matrimony in 1872, and to this union, GOD gave a son and a daughter, the latter of whom passed away during early womanhood. Captain Schaeffer served in his first pastorate here at Schaeffer Baptist for more than twenty years. During this time, the register (still in existence) shows that sixteen hundred twenty-nine persons joined the Church. Out of this membership evolved the establishment of more than twenty-one churches in the East Tennessee and Virginia.

On October 4, 1885 our present church edifice was completed and dedicated as a “temple built unto the LORD on the mountaintop”. At this service, he presented a deed of the property to the trustees of the church.

Rev. C. S, Schaeffer was both a preacher and a pastor. After telling a man what to do, he got down and showed him how to do it. He exemplifies the teaching in his life, and by his personal conduct, as much as his spoken word, called men to higher life in CHRIST. He died on Friday, May 5, 1899, at Jefferson Hospital, Philadelphia. GOD had seen fit to call him from labour to reward, and funeral services were held on the hill at our church the same hour as in Philadelphia.

Let us hold unswervingly to the hope we profess, for He who promised is faithful.